Home » Torch OR Flashlight: Which One Has Better Durability?

Torch OR Flashlight: Which One Has Better Durability?

The argument between a flashlight and a torch is one of the most heated debates when it comes to illumination tools. People usually confuse a flashlight and torch. Every person has their own argument and we will elaborate on these two in this post.

To start with, In the United States, a portable handheld electric light is referred to as a flashlight, while in other English-speaking nations it is recognized as a torch. But does this mean that they are the same device or are they different?

Actually, the flashlight was invented by a British man staying in the United States, David Misell. It was named ‘flashlight’ by Conrad Hubert, a Russian immigrant who became concerned with Misell’s invention and he, later on, brought the flashlight to the market. When the flashlight was first discovered, it run on zinc-carbon batteries that couldn’t provide a continuous current for long periods of time; thus they had to be put off for them to rest. So, they made the flashlight to just flash once or intermittently thus the name.

But before the flashlight was discovered in the 1890’s, the word ‘torch’ was used to identify a stick with a burning material at the end of it which can be alighted and utilized as a source of light. A good example of a torch is the Olympic flame. Also, many Americans regard the Statue of Liberty to have a torch. After flashlights became very popular around the world, they were referred to as electric torches in Britain. But when they started to decline, the word ‘electric’ was dropped and they became just torch.

Another difference between a flashlight and torch is that flashlights allow the user to control the direction of light. You can point a flashlight in the direction that you want but this is not the case with a torch. A torch provides light in 360 degrees, while a flashlight mainly focuses in a particular direction.

Final Thought on Torch VS Flashlight

With this said, people will still have their own arguments about what a flashlight and a torch is. Some say that it is the same thing but in two different languages. In America, it is known as a flashlight and in Britain, it is a torch. 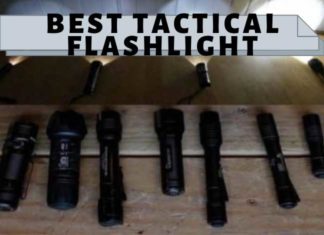